When someone close to you dies it’s normal to feel a sense of loneliness, whether it’s because of the physical absence of that person or because you feel alone emotionally.

Read our guide explaining why it can feel like we’re alone after a bereavement and what can be done to help overcome these feelings.

Why do we often feel lonely after a bereavement?

Just as grief affects everyone in different ways at different times, the way we experience loneliness can be very different too.

If you lived with the person who died, if they were your husband, wife, partner, family member or friend, it can be hard to get used to them not being there with you. You may have a big support network around you, with plenty of people visiting, but that can’t replace the constant companionship you had, so it’s normal to feel lonely. 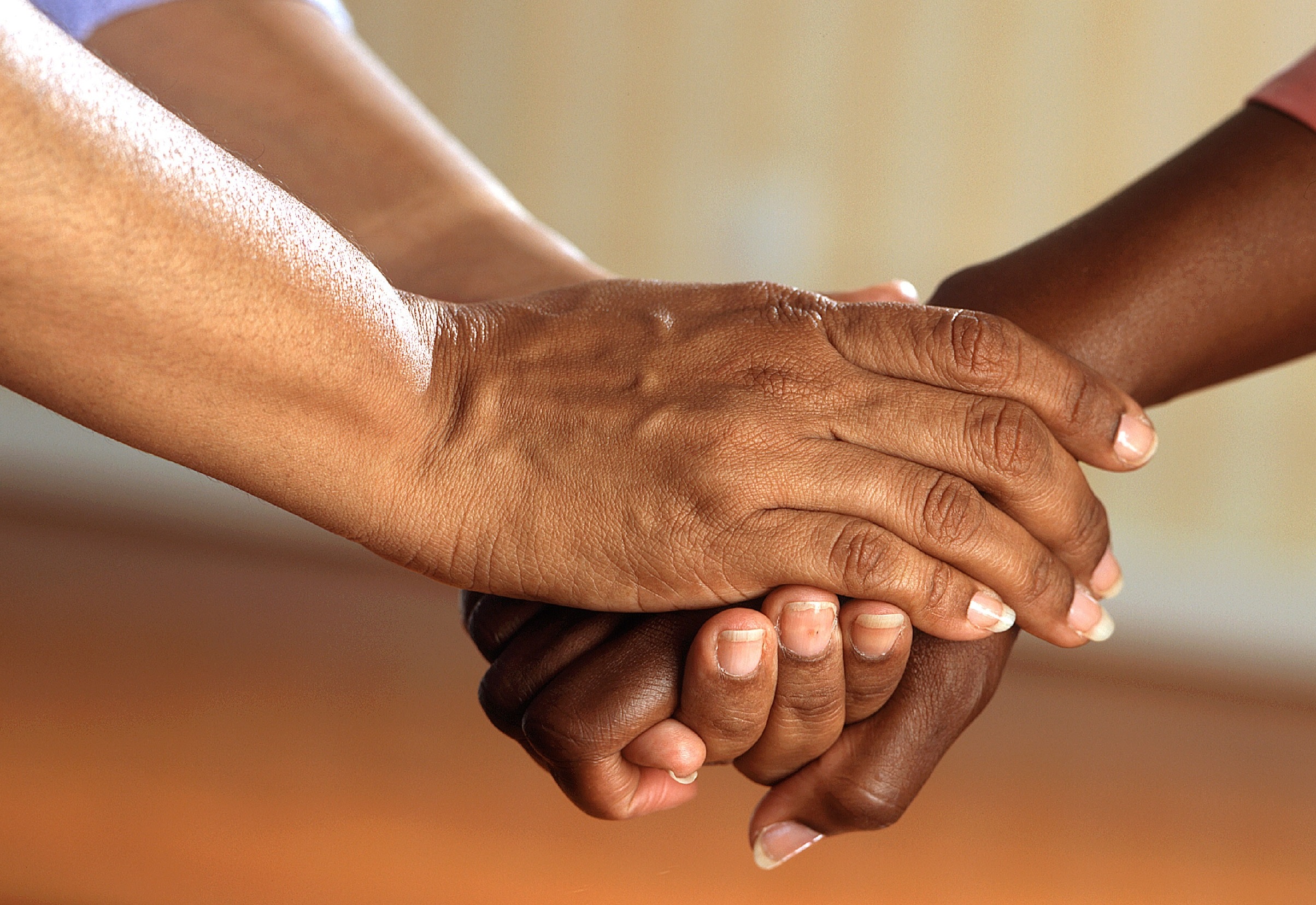 If the person you were caring for has died, as well as the companionship that you’ll be missing, their death could leave you feeling lost without a sense of purpose. If you’ve been a carer for a long time, you might not have had the opportunity to build the social support systems that can be so important after a bereavement, according to Carers UK The World Shrinks report, 81% of carers have felt socially isolated because of their role.

You may find that friends and family struggle to know what to say after the death of someone close to you, so perhaps don’t get in touch with you as much as you’d like. The worry that they might say something to upset you may stop them getting in touch or inviting you to social events, leaving you feeling lonely and unsupported.

“I lost my best friend when she was just 33. Immediately after her death, my other friends and family would talk about her a lot, but as time went on she was mentioned less and less and eventually not at all. This made me feel like I was the only one who couldn’t stop thinking about her and was really isolating.

"I decided to consciously start bringing her name back into conversations and explained that it helped me because I missed her so much. It turns out that some people were avoiding mentioning her name because they thought it would upset me, but by me bringing it up they felt more comfortable to tell funny stories and remember her again which really helped.”

During the lead up to the funeral, there will probably be lots going on around you, and lots of people offering help to make sure the day goes as planned. But it’s often the case that after the funeral takes place, this support can dry up leaving you to grieve alone.

If the person that has died was not a close relation, or perhaps you’d not known them for a long time, it’s possible that your grief could be seen as less important in the eyes of those around you. You might even be telling yourself that you don’t have a right to grieve as much as someone else. This can be very isolating as you may feel unable to share your feelings.

“When my sister’s Mother-in-Law died recently, I felt lost and lonely in my grief. I felt lonely as I didn’t want to burden my sister with my own grief knowing that she and her husband would be feeling grief at a greater level. It felt uncomfortable trying to explain my grief of someone that is an extended member of my family and what she meant to me as someone who had been part of my life for over 20 years.”

Even if you have a big support network, you can still feel alone in grief. Our relationship with the person who has died is personal to us, and no-one else can ever truly know what they meant to us or what we have lost, and that can be a very lonely experience.

“When my best friend died at 21 years old, I felt so alone, even when I was surrounded by people. We had such a close friendship and shared so many things together, and the people trying to comfort me didn't share those experiences, so how could they possibly help me or understand what I was going through?

"The thing that really helped me through was spending a lot of time with another close friend of hers. We weren't as close before my friend died, but we shared a lot of the same memories, so we could talk about her and not have to explain certain things. She understood how I felt because she was feeling the same. We clung to each other like our own lives depended on it, and I can't imagine what I would have done without her.”

What can you do to feel less alone?

Everyone experiences grief differently and at their own pace, but if you’re feeling lonely and are ready to take some steps to help, there are lots of things you can do.

Reach out to family and friends you feel close to. It’s likely that they want to help but might need to take your lead in what you need. Do you need help around the house? Help cooking meals? Or do you just want some company while you take a walk? Be specific in what you need them to do and let them know if you’re happy to talk about the person who died or not. This will make you both feel more comfortable, knowing “the rules” of your visit.

“I think what helped me were small things like keeping in contact with friends and family. Rather than wait, be the person in your friendship group who sends the "how is everyone doing" message. Then valuing and being appreciative of the friends and family who do check in with you or send those GIFs etc.”

Join a local bereavement group to meet up with people who have also experienced the death of a loved one. Many consider these groups a safe place to talk about their feelings because everyone there can understand how it feels to lose someone close to you. They’re also a great place to learn new skills or try a new hobby in an environment filled with caring and like-minded people.

Seek professional support. There are so many amazing charities who offer advice and support after a bereavement. Many of them have support services that you can access in a way that is comfortable for you – whether you want to talk over the phone or would prefer to be able to text someone.

“The loneliness I felt when my Grandad died was feeling lost in a sense of having a guiding light leave. A male figurehead that was kind, considerate and caring of others. He went about his life in an understated manner, always thinking of others. Although he died many years before my son was born, I still think of my Grandad and want to raise my son to be that same respectful and considerate figure.”

How can your community help you when you’re grieving?

Community means different things to different people. The more traditional idea of community could be the people in the village or town you live in, or your faith community, but communities can be found anywhere where you meet with people for a common goal, i.e. a slimming group, coffee mornings, online chat room, exercise class, gardening club or a volunteering group just to name a few.

Joining a group in your community is a great way to keep your mind and body active and to meet new people. This doesn’t have to be a bereavement group if you don’t want, but any group that is doing something that interests you will help you meet people who enjoy similar things. If the group you join helps people or does good work in your community, this can bring with it a renewed sense of purpose, especially if you’ve lost a loved one who you cared for.

“I always try and say yes whenever anyone asks me to do anything, even if it's something I don't really want to do. If I go along and don't enjoy it, I don't have to do it again, but I have tried things I never would have just by saying yes every time. I think if you say no to people, they stop asking you along, so I say yes. It takes bravery but you have to do it or you end up staying in all alone.”

What can you do to help if someone you know is lonely after a bereavement?

It can be hard to find the words to comfort a grieving friend or family member, as there’s nothing you can really say to make their pain any less. Sometimes the best thing you can do is simply listen. They may want to talk about their loved one, they may not, but make sure they know you’re willing to take their lead and be available to listen to whatever topic of conversation they’re ready for.

“Listening really well acts as a way of witnessing, and what that does is shows to the bereaved person that the relationship they have with the person who has died, really really matters and that is a massive gift we can give people.”

Include them in your plans as much as possible. They might not always say yes to invitations, but don’t stop asking as the weeks go by. You could arrange a weekly walk or regular catch up at a café - anything that they feel comfortable with. Again, let them set the tone of these meetings. They may want to talk about how they’re feeling, or they may just want your company.

If they’re interested in joining a community group, offer to join it with them. It may be something they’ve wanted to do for a while but just needed the confidence to walk through the door, and having a friend can give them that confidence.

Help them to create an informal support network. Any support you can give to someone who’s grieving will go a long way to help them feel less alone in their grief, but you shouldn’t feel like you’re taking this on alone. Make an agreement with other friends or close family that you will take turns to regularly check in or make plans with the person who’s grieving.

Whatever you do to help a grieving friend or relative, remember that there’s no set timeline for grief, so make sure any support you give doesn’t stop after the first few weeks. Some people experience delayed grief, and start to feel worse as time goes on, so your continuing support will be more important than ever to them.

Online resources for grief and bereavement

We've partnered with Cruse to create useful videos and resources to support those going through a bereavement. If you or someone you know is grieving the loss of a loved one, download our guide for advice on how to provide the best help and support.


Do the 7 stages of grief really exist?


What not to say to someone who’s grieving