To help you cope with the emotions that can follow a miscarriage, we asked the experts for their advice.

It’s thought that one in four pregnancies in the UK end in miscarriage. That’s around a quarter of million every year.

Although we are getting better at talking about it – celebrities including Rachel Riley, Jessie J and Charlotte Church have shared their miscarriage stories – it's a confusing, upsetting and extremely difficult experience for many people.

What is a miscarriage?

‘A miscarriage is a spontaneous or natural ending of a pregnancy before 24 weeks – after 24 weeks it is a stillbirth,’ explains Ruth Bender Atik, national director of the Miscarriage Association. ‘Most losses happen around 12-13 weeks.’

It’s still not known exactly what causes a miscarriage, but we do know the experience can be very distressing, both physically and emotionally. It can also have a huge impact on your relationship with your partner.

How you cope with miscarriage will depend on how you feel about being pregnant. Ruth says, ‘Some people can feel a sense of loss, grief and bereavement, but others may not feel that way.’ There’s no right or wrong way to feel about miscarriage, but it can be reassuring to know some common feelings you might experience.

What emotions could you experience after a miscarriage?

Everyone feels differently after a miscarriage, but the emotions you go through may include:

• shock – trying to make sense of what happened and why

• anger – at yourself (Why has this happened to me?!) at other people, particularly if they’re pregnant, at your partner or medical staff

• emptiness – a physical and emotional sense of something missing

• failure – you’re unable to have a baby, that you don’t ‘work’ in some way

• guilt and blame – blaming yourself or your partner, either for medical or lifestyle reasons such as drinking alcohol

• relief – you may not have wanted to be pregnant, either for the first time or if you already have children

You may also feel confused about your identity. Andy Langford, clinical director for Cruse Bereavement Support, says, ‘You might have started seeing yourself as a parent, but now that role has gone. Your identity has ‘returned’ to what it was before the pregnancy but – in a way – it also hasn’t changed.’ This can lead to confusion and/or feeling out of control. 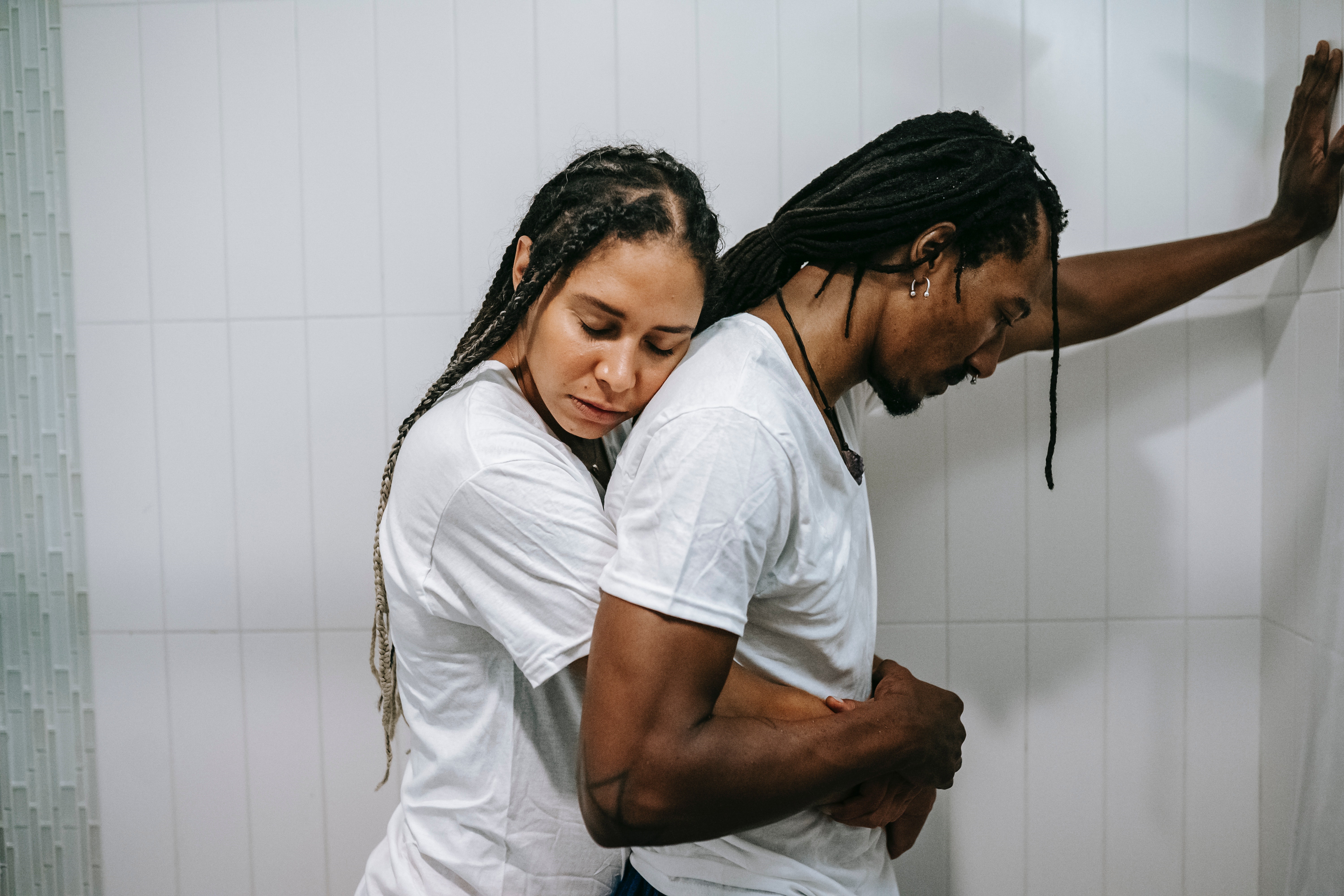 Dealing with your feelings after miscarriage

‘It’s normal and understandable that you have these feelings; many people do, so you’re not alone,’ says Ruth. It’s also important to allow yourself to have these feelings and not put yourself down for experiencing them. But your emotions will reflect how you felt about the pregnancy – if you feel fine, that’s OK too.

One of the most difficult aspects of miscarriage may be the impact on your relationship. Many partners say they feel excluded from talking about their feelings; people ask how the mother is doing but don’t ask them. And although both of you are going through the experience, you may be coping in different ways.

Andy says, ‘One of you may want to be alone, while the other wants people around. One of you might want to keep cuddling or even restart a sexual relationship, while the other can’t even think about that side of things.’ Your partner is not trying to be insensitive, but it can become really divisive.

‘Remember that they’re grieving too, but in a different way,’ says Andy. ‘If you’re aware of that, you can be more conscious that your partner’s needs are different to your own and work through this together.’

You may choose to remember your baby in a significant way after miscarriage. You could plant a tree, create a memory box with items such as scan photos, write them a letter, or light a candle for them on important dates like birthdays or anniversaries.

How to talk to someone after a miscarriage

It can be very difficult to know what to say to someone who’s had a miscarriage, but there are a few phrases you should definitely avoid:

• ‘At least you can try again’

• 'It's probably for the best'

‘You may hope that it will cheer them up but actually, it can feel like you’re belittling what’s happened to them,’ Ruth says. So, what should we say instead?

‘A simple “I’m sorry” can be enough. You could even send them a card or letter, or offer to chat if you’ve also been through it,’ says Ruth.

Getting extra support and advice

Whatever you feel about having a miscarriage, you don’t have to share your experience if you don’t want to. ‘It can be very useful for us to have more conversations, but no one should feel obliged to talk about it,’ Ruth says. ‘We want to make miscarriage more comfortable for people to talk about, but not if that makes you uncomfortable.’

Miscarriage can affect different people in different ways at different times. And – like any other bereavement – it’s important you deal with it in the best way for you.

To find the right way for you, you could:

• Many people can experience mental health issues, including depression, after miscarriage. If you need help, talk to your GP or one of our partners: Mind, SAMH and Inspire


Common questions when coping with a bereavement