The hidden meaning of funeral flowers

Every element of a funeral can say something personal about your loved one, and it’s no different when it comes to flowers. Many of us will choose floral arrangements based on their favourite blooms, but do you know the hidden meaning behind those flowers?

Follow our guide to funeral flowers to give your loved one’s service a truly personal touch – and discover some of the latest trends in floral tributes, too.

Roses are very popular but their hidden meaning differs depending on the colour. For example, red is believed to symbolise grief and sorrow – and tend to be given by partners or close family members – while dark pink roses represent grace and gratitude, so are gifted by other family members and mourners. Yellow roses are often given by friends as a sign of the depth of their friendship.

A white lily is also a classic funeral bloom but what do lilies represent? In flower symbolism, white lilies mean majesty, purity and a return to innocence, while peace lily plants represent peace, harmony, and rebirth. They’re often sent as gifts to the family of the deceased as a reminder that their memory will live on.

If your loved one wasn’t a fan of classic funeral flowers, there are plenty more blooms to choose. Gladioli can convey strength of character and moral integrity – their name actually comes from ‘gladiator’ – and carnations typically stand for love, admiration and remembrance.

How about chrysanthemums? Like roses, the hidden meaning changes according to their colour, such as red for love and white for innocence. But in general, chrysanthemums represent trust, friendship and loyalty. They’re called ‘mums’ for short too, so often appear in funeral tributes for mothers.

Although lilies may be associated with funerals, they’re actually falling out of favour. Sophie Herriot, owner of Save the Date Collective florist in Edinburgh, says, ‘They’re not something we stock all the time as we hardly get asked for them. Roses are much more fashionable.’ In fact, our report into emerging funeral trends found roses are now the most requested funeral flower in the UK.

Our favourite types of foliage are also changing. ‘A lot more people want eucalyptus in their tributes,’ says Sophie. ‘It’s a lighter grey colour, rather than dark green, so it looks more modern.’ Your choice of arrangement may also depend on the time of year. In summer, garden flowers and pastel shades are more popular but in winter, darker foliage and berries dominate. Ask your local funeral home for more ideas on seasonal styles.

The design of floral tributes is shifting, too. Sophie says, ‘Traditional letter arrangements, such as ‘Dad’ are still popular, but we can create much more personalised displays. A spray can include particular flowers that mean something special, or we can do something totally different. Just ask your florist for help.’

Still not sure what remembrance flowers to choose? Get inspired by our most popular floral tributes. 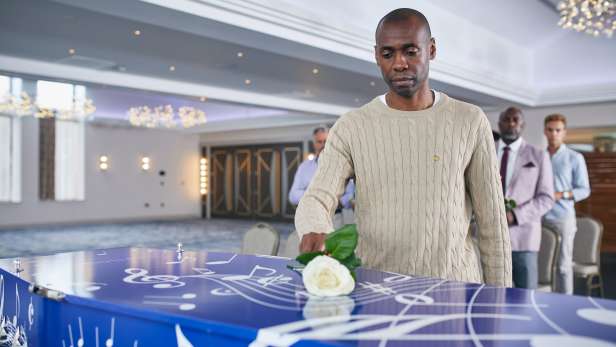 Ways to personalise a funeral 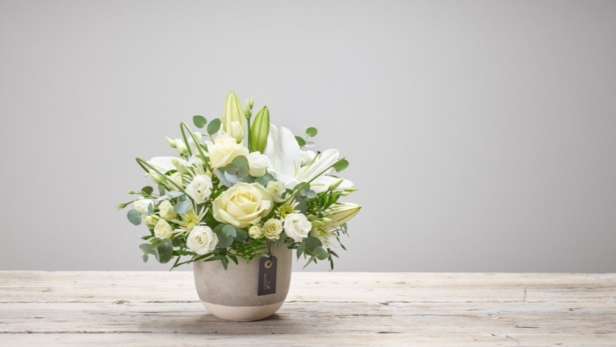 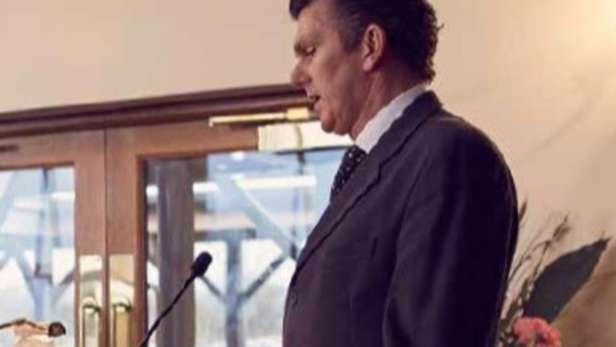 How to write a eulogy