It seems as though Brits are starting to relax that ‘stiff upper lip’ when it comes to talking about death and bereavement.

Google searches for ‘death cafes’ doubled between November 2019 and October 2020, while a recent YouGov poll found 67% of us think issues around death and dying should be taught in schools.

What’s behind this shift in attitude? And where can you turn if you want an honest conversation about death, dying and beyond?

Why we’re getting more comfortable

Historians believe British bereavement went through a big change after the First World War. The huge number of soldiers who died meant many families repressed their emotions and had to grieve in private, compared with the earlier Victorian public displays of grief.

This attitude lasted nearly 100 years, but we are opening up again about how death affects us. Charlotte Haigh a funeral celebrant who also hosts a death cafe in New Malden, London, says, ‘There have been a few books and films recently about grief and dying, which has helped push it into our consciousness. And the pandemic means we’ve all had to think about our own death a bit more.’

Felicity Warner, founder of Soul Midwives – who provide non-medical support for people at the end of their lives – believes we are experiencing a cultural shift in the way we approach death. ‘People are shaking off “I’m terrified of this subject” and becoming more “Let’s find out as much as we can”,’ she says.

If you do want to find out more, a death cafe is a great place to start.

What is a death cafe?

Death cafe is an international movement, aimed at helping us understand more about death in order to make the most of life. Groups of people meet in a cafe or somewhere else you can drink tea, eat cake and discuss issues around death.

Topics up for discussion may include if there’s an afterlife, the impact of death, or what makes an interesting eulogy. ‘It’s free and there’s no set discussion guide,’ says Charlotte. ‘The only major rule is to respect everyone else’s views and try not to reach a conclusion.’

Some topics come up regularly, such as unique funerals people have been to or cultural differences towards death. But the issues people want to discuss are changing. ‘We used to talk more philosophically about death and dying, like “What is a good death?”, but recently it’s become more real and personal. People are asking “How do I feel about my own death?”,’ says Charlotte.

However, a death cafe is not a bereavement support group; some topics may be too painful if you’ve just lost someone. But if you, or someone you love, is diagnosed with a terminal illness – or simply nearing the end of their life – you could benefit from talking to a ‘soul midwife’ instead.

What is a soul midwife?

Soul midwives can work with people from the day they are diagnosed, or in their last few hours. ‘We are holistic companions for those who are dying,’ says Felicity. ‘We’re there to support them, hold their hands, talk to them, and have difficult conversations – with them or their families.’

Many of us don’t want to talk to loved ones about our death for fear of upsetting them, but we still have lots of questions. ‘People may not want to discuss all the details with their family,’ Felicity says, ‘but they can talk “dirty” with us! We become almost like their best friend.’

If you do want to open up to your family, Felicity suggests putting a checklist of subjects together. ‘They’re not formal, like where your will is, but personal, such as who you want with you when you die, where you would like to be, or how you would like to be remembered,’ she says. Put this list on the fridge, or somewhere everyone can see it, and use each point to kick off a casual conversation when you’re cooking or doing the washing up together, for example.

Of course, it’s important to discuss your funeral plans with family and friends. But this checklist can lead to smaller, more intimate talks at any time rather than gathering everyone together for a serious family meeting about your final wishes.

You could use these starting points to think about your own death, too. ‘It’s the one thing that’s going to happen to everyone,’ Charlotte says, ‘so death should be an important part of life.’

For information about planning your funeral or what to do when someone dies, follow our helpful guides. 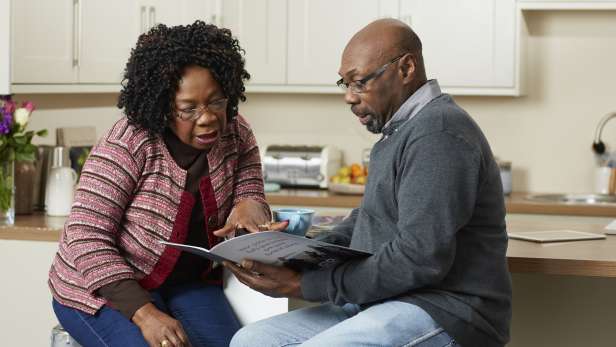 A guide to funeral cover 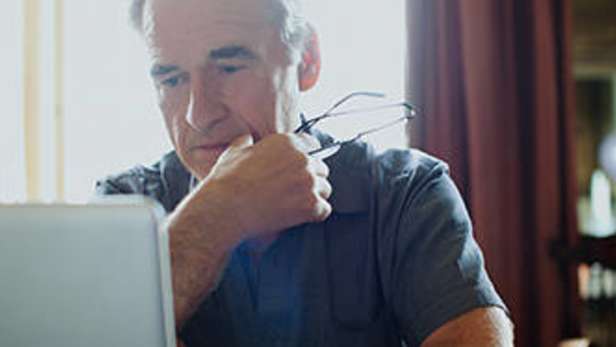 Are funeral plans a good idea? 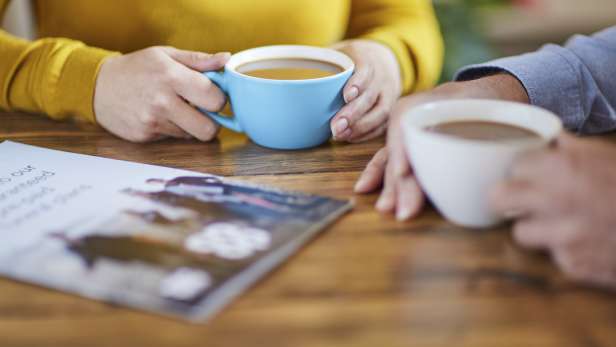 The difference between funeral plans and funeral insurance