What is burial at sea?

If your loved one wanted to be buried at sea, we can help with all the arrangements. We work with professional companies who are fully certified and specialise in burials at sea and the scattering of loved one’s ashes, and we’ll be with you every step of the way.

A burial at sea is the process in which human remains are committed to the sea as a final resting place. While traditionally reserved for members of the Royal Navy, anyone may be buried at sea if the right steps are taken.

For a burial at sea, family members may wish to hold a funeral at the shore or waterfront, or on the ocean itself. If there are several people in attendance, or if the weather and water conditions are not ideal, families will generally host the funeral on land.

As a unique type of funeral, burials at sea require specialist planning and permissions. To legally host a burial at sea, you will need to obtain a license from the Marine Management Organisation (MMO), while burial locations are limited. Burials at sea also require specific preparation of the body and the coffin to prevent resurfacing, to ensure the body is identifiable, and to reduce the environmental impact.

Who can be buried at sea?

Many people who choose to be buried at sea have a connection to maritime life, for instance, former navy personnel and sailors. However, this is not always the case, and anyone can be buried at sea if they want to be.

Can you be buried at sea in the UK?

Whilst burial at sea isn’t one of the more popular funeral choices in the UK, with only a handful taking place each year, it is an option that people can choose if they wish.

A licence must be obtained from the Maritime Management Organisation (MMO) and applicants must be able to present the following:

As well as the above, the person who has died must not be embalmed and must be wearing biodegradable clothing, such as cotton or wool. They must also have an identifying tag with details of the funeral director.

Where can you be buried at sea?

There are only three designated locations around the English coast where burials at sea can take place using the self-service licence from the MMO. These are:

There are also two designated areas in Scotland approved for burials at sea: off John O’Groats and off Oban West Coast.

When applying for a licence, you can suggest a different site for the burial but will have to provide evidence that it is a suitable location. It will need to be away from areas with strong currents, and not be near any commercial fishing areas.

For information on burials at sea elsewhere in the UK, families can contact: 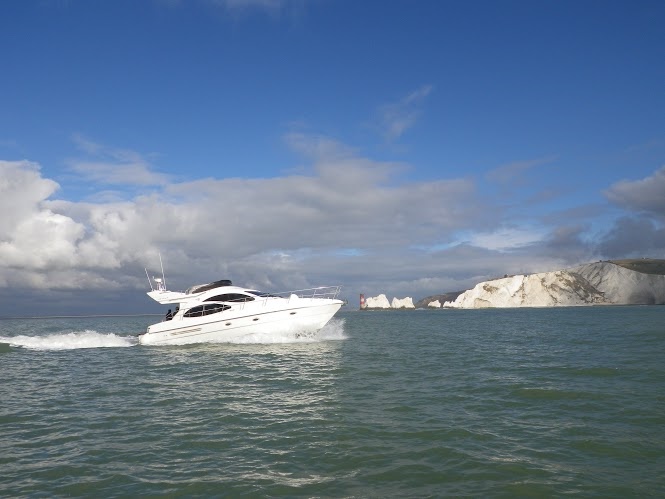 Coffin requirements for burial at sea

The MMO has set out clear standards for any coffin used in a burial at sea. Coffins must be made of solid soft wood and mustn’t contain any lead, copper, zinc or plastic. The inside of the coffin must be made using natural, non-toxic and biodegradable materials so it’s environmentally safe.

It’s important that the coffin goes to the seabed quickly, and so the MMO has also specified that coffins must be weighted at the base with 200kg of steel, iron or concrete, and must also have 40 to 50 two inch holes drilled throughout. Find all of the MMO’s requirements here.

How much does it cost to be buried at sea?

If you choose to use one of the three designated areas around the English coast for the burial, you will be eligible to apply for a self-service licence from the MMO at a cost of £50.

If you wanted to use a site other than the three approved locations, you would need to submit a full licence application to the MMO. This could cost upwards of £1,400 due to the number of external agencies that would need to be consulted, such as Crown Estates, Environment Agency, IFCA, local fisheries groups, Trinity House etc.

Other costs will depend on the funeral directors you choose and the boat charter company used to carry out the burial.

It’s worth noting that there's no licence or permit required for the scattering of ashes at sea, and so this may be a more cost-effective option. 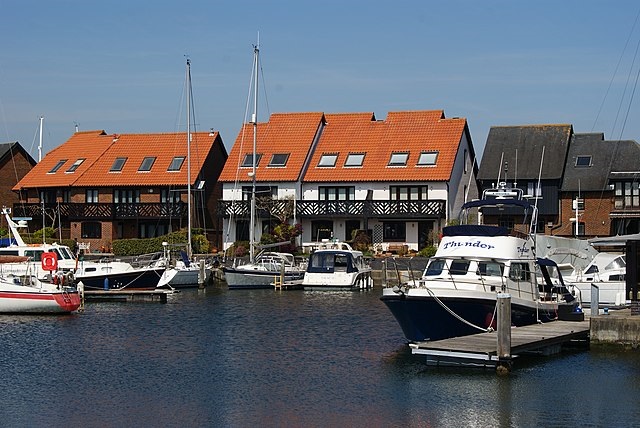 How do you arrange a burial at sea?

To arrange a burial at sea you will first need to appoint a funeral director who'll be able to help make all the necessary arrangements. The funeral director will work with a professional boat charter business who specialise in burials at sea, and who will take care of the operational part of the burial.

The funeral director will be able to help organise a burial at sea much in the same way they will arrange a traditional funeral. They'll be able to:

The boat charter company will organise a lot of the logistics of the burial at sea. They'll:

Is burial at sea legal?

If you’ve obtained the legal license from the Marine Management Organisation, and if the body and coffin of your loved one meets the requirements, then a burial at sea is completely legal.

Funeral service for a burial at sea

There are lots of practical aspects to arranging a burial at sea that must abide by rules and regulations, but funeral services for burials at sea can still be personalised.

You could have the funeral service on the boat with a small number of family and friends, or on land before the committal, allowing more people to attend. It’s worth considering that if the weather is bad or the sea particularly choppy, it might not be ideal to have the service on board the boat.

Popular hymns and readings for burial at sea

Eternal Father, Strong To Save by William Whiting.

Heart Of Oak by the band of the Royal Marines

Ship Ahoy! (All the girls love a sailor) by Ella Retford.

I Am Standing On The Seashore by Henry Van Dyke

To find out more about burials at sea, including costs, locations and logistics, contact your local Co-op funeral director for guidance.


What happens at a burial service?