In 2017 Funeral Arranger, Andrew Bason, set himself an incredible challenge – to lose 100lbs! To help motivate and push him towards his weight loss goal he decided that when he got to his target weight he would donate the equivalent weight of food to a local charity, The Wirral Foodbank.

A weightloss journey with a surprising turn!

Andrew knew the challenge was going to be difficult, but there were a few obstacles along the way that he could not have predicted. This is his story.

Andrew had always been fit and healthy in his youth, but after retiring from a career that kept him on his feet he settled into a driving role and started to enjoy a more relaxing lifestyle. With most evenings consisting of red wine and high sugar snacks, he found himself piling on the pounds, gaining 5 stone in just 5 years.

After a trip to the doctors in May 2017 where his weight was brought up, Andrew decided that enough was enough and it was time to shed the excess pounds. He was now working for Co-op Funeralcare as a Funeral Arranger and had been slowly coming to terms with the need to re-evaluate his lifestyle, and after feeling more and more self-conscious took the plunge and joined his local Slimming World group.

Andrew threw himself into his new healthy eating and fitness regime and as he shed the pounds, was delighted to be able to get back into running – something he had enjoyed before he gained weight.

It’s no surprise that losing weight has a massive impact on your health, but in Andrew’s case, it may have saved his life in a more direct way. Shortly after he started to lose weight, he discovered a previously hidden growth around his neck that, due to its proximity to his voice box, doctors decided to remove. Although they didn’t suspect the growth was anything to worry about at first, a biopsy revealed cancerous cells and so Andrew underwent further treatment, having his Thyroid removed to get rid of any traces of cancer. After having a final treatment of radio-iodine therapy, Andrew is thankfully now cancer free.

Speaking about the discovery, Andrew said “It’s clear that without the weight loss I would never have discovered the growth. I am so glad I took the decision to change my lifestyle because if I hadn’t, who knows what would have happened.”

In just under 14 months Andrew achieved his goal, losing 100lbs (7st 2lbs) and lowering his BMI from 40 to 25. He is much healthier, happier, and was overjoyed to complete his life-changing challenge by donating 100lbs of food to the Wirral Food Bank. Talking about the weight of the donation, Andrew said, “It is frightening to think I was carrying that around with me, but now I feel great!” 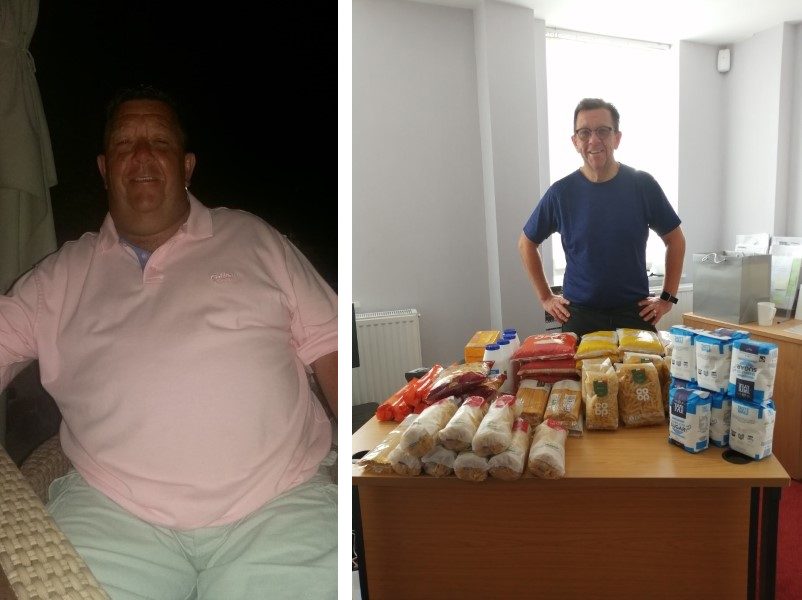 But he didn’t stop there! What started as a personal challenge has now turned into a community project. Together with Kayleigh Platt and her team at Co-op Food, Tranmere Court, Andrew has placed food collection points outside the funeral home and food store, where members of the public are able to support the charity also.

The project has gone from strength to strength with continued support from local businesses, the community of Oxton, and team at Co-op Food. By the end of 2019, Andrew had donated more than ten times his initial target of 100lbs: a staggering 1,099lbs of food! In 2020, the project continued, and a further 50 crates of food have been donated to the foodbank so far.

The project has been and continues to be a massive success, and we couldn't be prouder of Andrew for everything he has achieved. 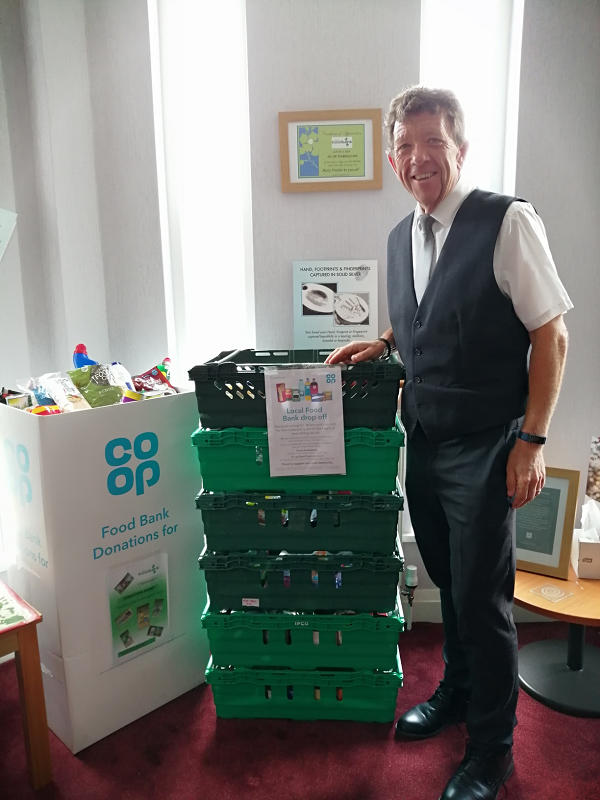