A hero in our midst

Sussex police force have recently honoured our colleague Shane Kybett for two amazing acts of heroism that lead to him saving the lives of two women.

Shane is a member of a safety group that patrols the sea front and luckily was patrolling on a day where his services were needed twice.

It started when he noticed a woman trying to go into the sea fully dressed. She was clearly distressed but Shane managed to convince her to come out of the water, however she put herself back in to harm’s way and continued to go back out to sea. Refusing to give up, Shane followed her and guided police to her location where she was finally pulled to safety.

In the same day Shane came across a woman who had collapsed in the street. Amazingly, Shane was able to revive the woman and keep her breathing until the ambulance arrived.

Shane’s selfless efforts have been recognised by the Divisional Commander of Sussex police force who selected him to receive the Life Saving Intervention Award at this year’s Brighton and Hove Divisional Police Awards. 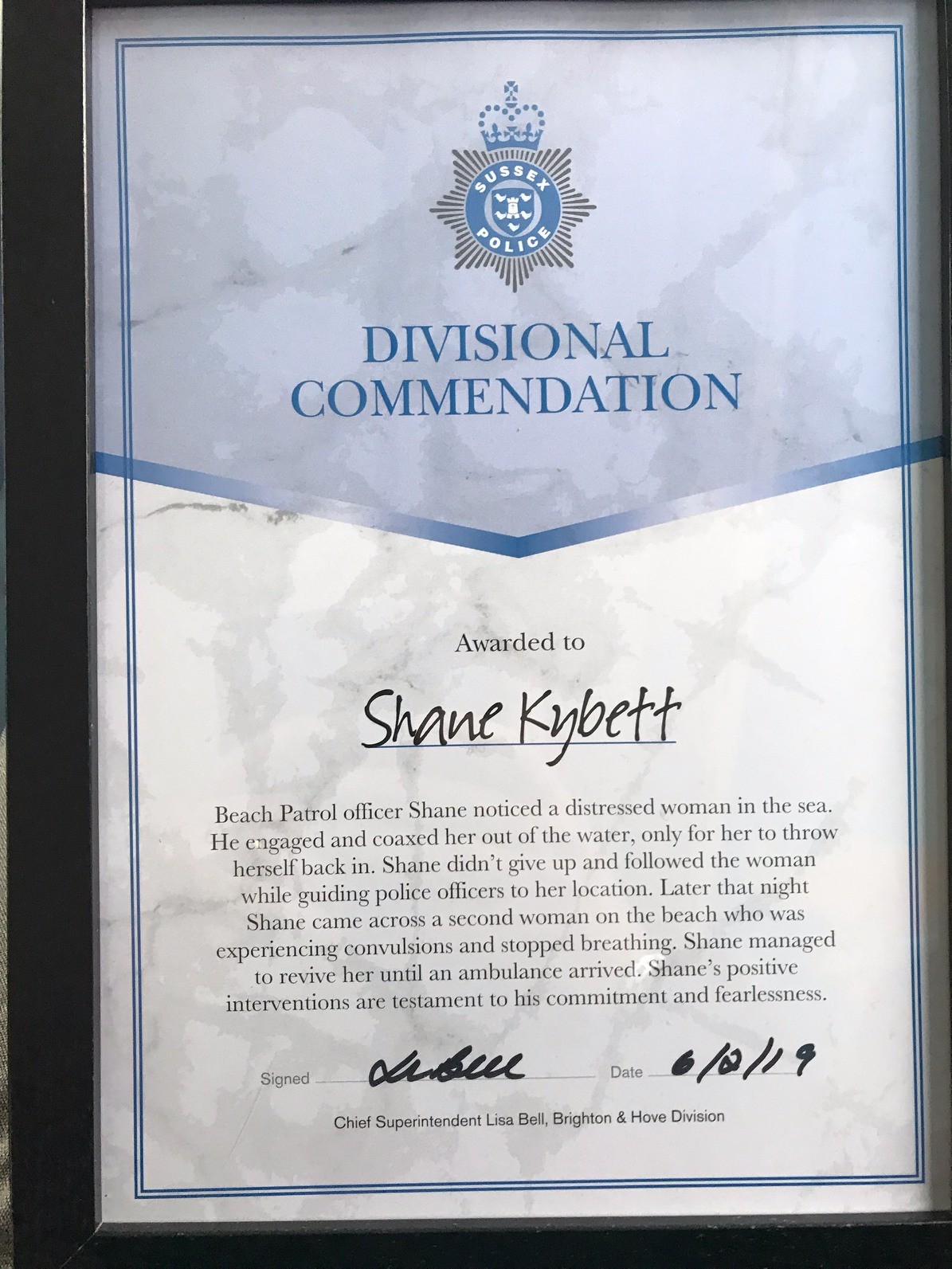 Speaking about the award, Shane commented “I am truly touched and honoured to have been nominated for such a meaningful award. In my eyes, I was just doing what anyone else would have done in the same situation.”

Chief Superintendent, Lisa Bell, who presented Shane with his award, said “The awards were a chance to see the breadth of policing and active citizenship across the city and recognise those people, such as Shane, who have gone above and beyond what is expected.”

Going above and beyond is a pretty good description of Shane’s actions that day, and we are more than proud to call him our colleague.