Co-op Funeralcare Dunfermline has launched ‘Memory Boxes’, a new initiative aimed to trigger long-term memory recognition for those with dementia.

The Memory Boxes, which are taken to care homes and day centres in Dunfermline by Co-op colleagues, are filled with memorabilia donated by the local community. The Memory Boxes are used to encourage people with dementia to engage with the memorabilia, prompting conversations about the past. 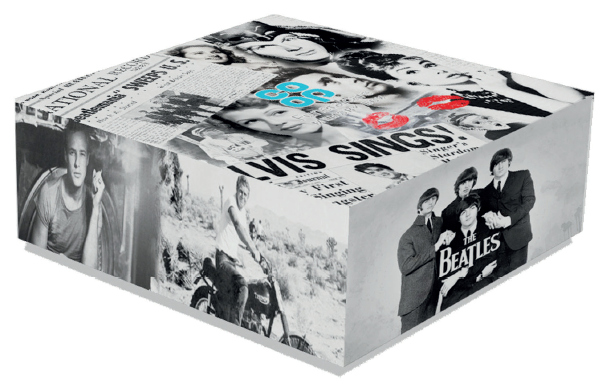 The new concept was initially thought of by Co-op Funeral Director, Kenny Mclachlan, when he became mindful that many people within the community were being affected by Dementia and Alzheimer’s causing them to feel lonely.

In the UK, one in every six people over the age of 80 have dementia, over 90,000 of those are living in Scotland with a further 3,000 Scots under the age of 65 having some form of dementia.

The Memory Boxes help to trigger long term memories which prompt people to tell stories about their lives and to reminisce on the past; such activities may help to improve someone’s mood, wellbeing and mental abilities.

Kenny Mclachlan, Co-op Funeral Director, said: When speaking to members of the local community, I came to realise that dementia was a real concern.

‘The Memory Box idea came to me following a meeting with the Dunfermline Athletic Heritage Trust and the University Head of Museum Services who highlighted a museum should be an interactive place; you could say it was a bit of a eureka moment!

‘The Memory Boxes give us an opportunity to engage with people that wouldn’t usually communicate easily with others. Not only do the Memory Boxes to help raise awareness of dementia, they also help to tackle loneliness within the community.’