We’re here to help…you support someone with Alzheimer’s

It’s the most common type of dementia in the UK, and can affect multiple brain functions.

To understand the condition better, and discover some of the ways you can support a friend or family member who has received an Alzheimer’s diagnosis, we talk to Co-op Health’s chief pharmacist Neil Stewart.

What do I need to know about the condition?

Alzheimer’s disease can affect a person’s memory, thinking skills and other mental abilities, and is most common in those over the age of 65. However, one in every 20 cases affects people aged 40 to 65.

There isn’t a cure for Alzheimer's, but medicines can help relieve some of the symptoms, while psychological treatments often play a part in supporting the person’s memory, problem-solving skills and language ability.

The first sign of early-stage Alzheimer’s is usually a minor problem with memory, Neil tells us. 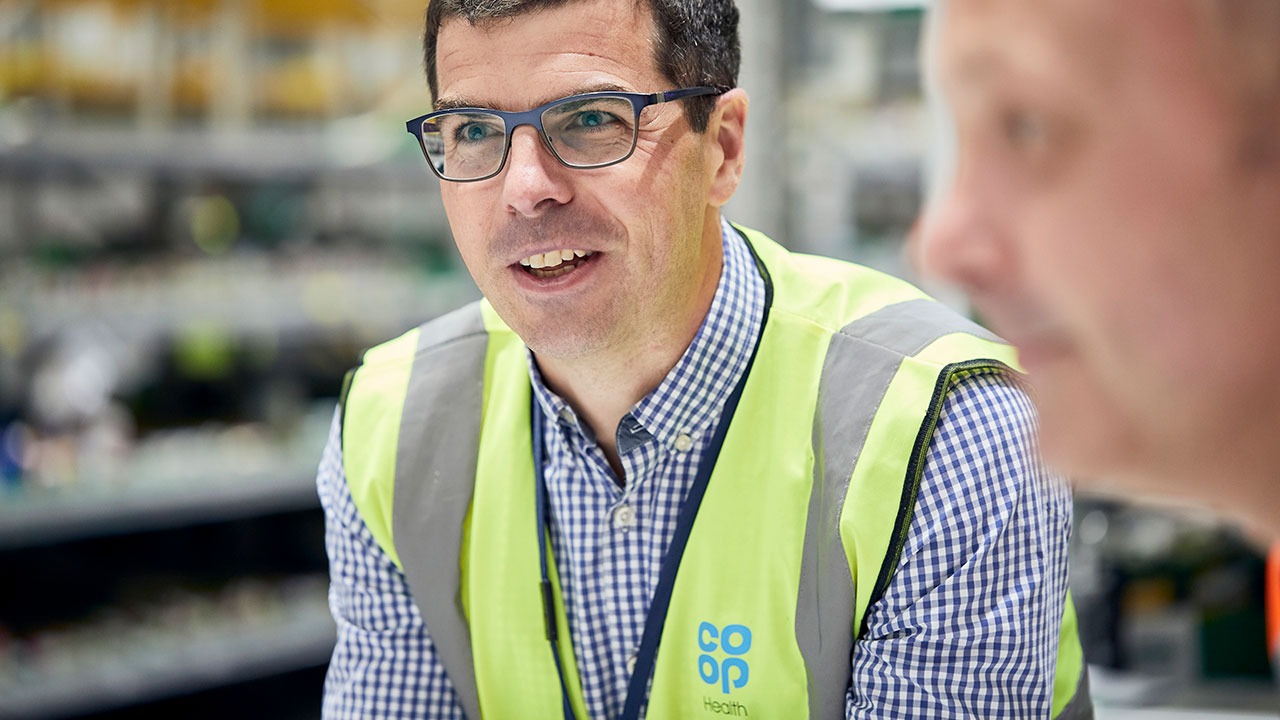 A person might forget a recent conversation or have difficulty remembering the name of objects, people or places.

Because it’s a progressive condition, symptoms develop gradually and become more severe. This means that, over time, someone with Alzheimer’s might become increasingly confused or disorientated. In addition, their personality might change – becoming aggressive of suspicious of others – and they might experience hallucinations or delusions.

Co-op Health is here to help.

Register for our service to benefit from online ordering and free home delivery of your NHS prescription.

Someone I know has received an Alzheimer’s diagnosis – what now?

There isn’t a single test that can determine whether a person has Alzheimer’s, so the process of reaching a diagnosis can be a long journey.

It’s is a life-limiting illness, so planning and preparing for the future are essential. Even in the early stages of the disease, you can begin to look for ways to help the person to live as independently as possible, for example, by making changes to their home so it’s easier to move around. Memory aids can help them remember where things are and recall daily tasks, for example, you could clearly label cupboards and drawers that contain everyday essentials.

The NHS also has a lot of information on adapting a living space to make sure it’s easier for someone with Alzheimer’s to navigate.

What can I do to help someone with Alzheimer’s?

One of the most useful things you can do to support a friend or family member is to learn more about the condition. Online resources offered by organisations such as the Alzheimer’s Society and Dementia UK can help you to understand the effects and how best to respond. In addition:

If you are worried about a friend or family member it's important to talk to a medical professional. Encourage them to make an appointment and offer to go with them to help by describing any changes in their behaviour or symptoms that you’ve noticed.

Follow these steps to order your NHS repeat prescription

Here’s how to find the answers you’re looking for

For advice and guidance on how to live a healthy life