Laura Zip Slides across the Clyde

Being hoisted up 155 feet into the air by a crane is not everybody’s idea of a good weekend, but for Laura Rae and seven others with a head for heights, they were ready and excited for the challenge ahead of them.

So on a cold and particularly windy Saturday, boosted along by the support of her fellow fundraisers and the amazing amount of money she had already raised, Laura went up in the basket and took the leap off the edge into thin air and slid the 700ft over the river. Other than the thrill of the ride, she was treated to an incredible view across Glasgow that only a few are lucky enough to experience. 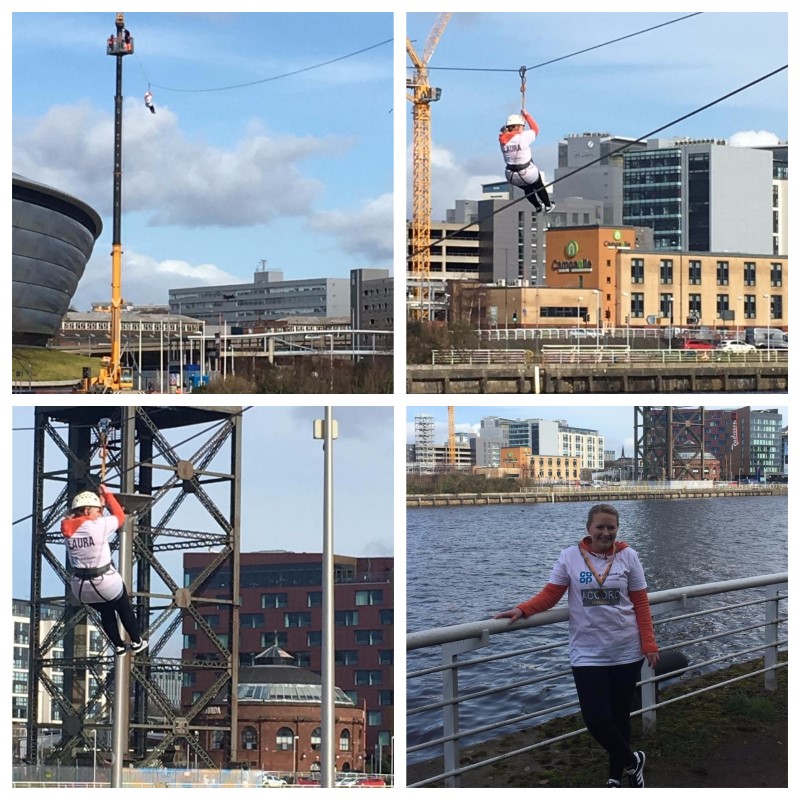 Commenting on the day, Laura said “It was exciting but also a little bit scary being up in the basket. Visiting Accord really lets you see the great work they do and how much they mean to families. It was just nice doing something that helps, just a little.” Laura has raised an impressive £685 so far for the hospice, smashing her original £200 target.